The crews try to rescue a crane from a sinkhole on the Eglinton Crosstown project in Toronto.

A mobile crane fell into a sinkhole on November 23 at the Eglinton Crosstown project in Toronto. A worker who tried to flee when the crane began to fall was slightly injured.

The sinkhole is on Mount Pleasant Road and Eglinton Avenue East. First responders arrived at the scene around 6 p.m. and a smaller crane tried to recover the crane that was the victim of the sinkhole. The rescue attempts continued on November 24th. Around 11 a.m., a hook popped up when the crane’s track caught on concrete. The workers must resolve the obstacle.

A large crane is on site near the mountain. Pleasant and Eglinton to pull a smaller mobile crane out of a sinkhole that formed yesterday around 6 p.m. on the LRT construction site pic.twitter.com/oBHYLkc0pu

The crane had been on a concrete slab at the site where the Mount Pleasant underground LRT station is being built for eight months. The floor under the pad gave way.

Crews are on site trying to find out what went wrong. Crosslinx Transit Solutions, a joint venture to build the light rail line, promises a thorough investigation.

ON THE SUBJECT OF MATCHING ITEMS 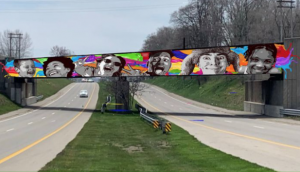 Railroad bridges in Muskegon, Michigan are ready for art 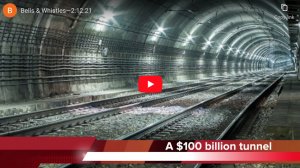 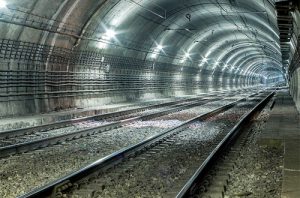 The Long Island Tunnel railway project could cost $ 100 billion, and some say it is now time to strike