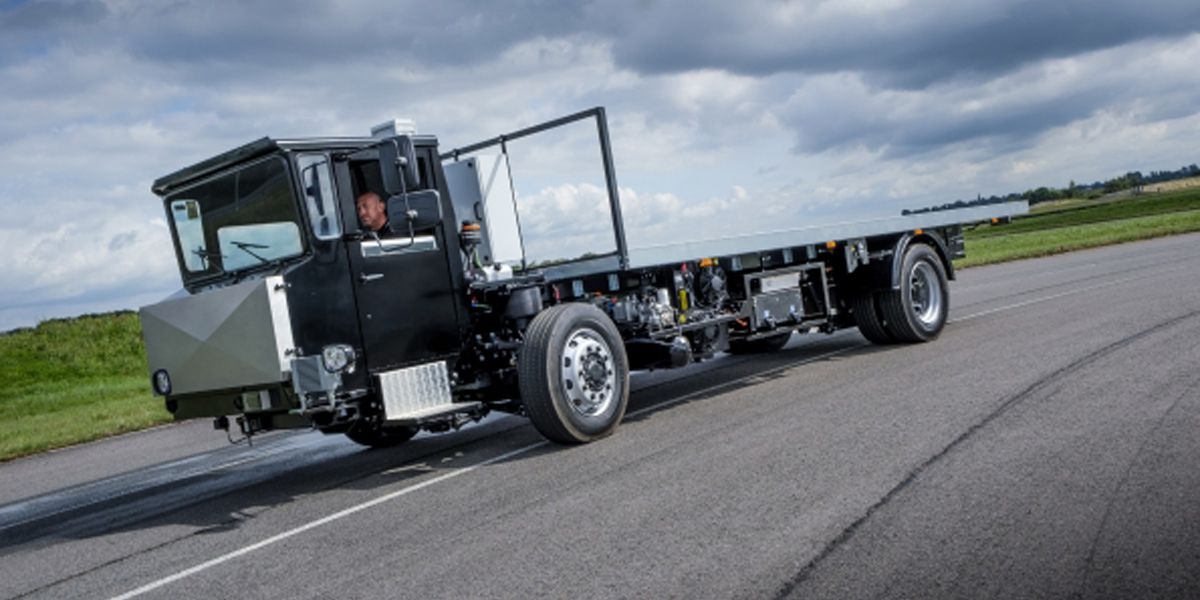 Volta Trucks will test all electromechanical and thermal properties of its prototype Volta Zero.

Volta Trucks has started the technical assessment and development tests of the first prototype Volta Zero, a fully electric commercial vehicle for inner-city logistics, in the UK.

The prototype vehicle uses the proposed production frame and drivetrain of the finished vehicle and tests all of the truck’s electro-mechanical and thermal properties. These include the high-voltage battery supplied by Proterra and the compact rear axle, electric motor and transmission eAxle unit from Meritor, Volta officials said in a press release.

The unconventional body of the prototype is intended to protect the development driver from the elements at high speed. The production vehicle will have a cargo box design, but the prototype uses a flatbed so engineers can add different levels and positions of loads to test its carrying capacity.

The Volta Zero prototype will continue to be tested in the coming months. The upcoming test and development program with this and later specification prototypes also includes phases of cold weather tests north of the Arctic Circle and hot weather tests in southern Europe.

These findings flow into the production of pilot fleet vehicles, which are tested and evaluated by key customers who have registered for tests as well as for the purchase of series vehicles. Series production of customer-specific vehicles will follow at the end of 2022.

“Reaching this milestone in just eight months is a great example of the agile and agile approach we are taking at Volta Trucks,” said Ian Collins, Chief Product Officer of Volta Trucks. “We are working flat out to bring emission-free, fully electric commercial vehicles to market quickly, because our customers need vehicles as quickly as possible. We have to go through a comprehensive and thorough development program, but the start of prototype testing shows that we are on the right track to deliver series vehicles on time by the end of next year. “