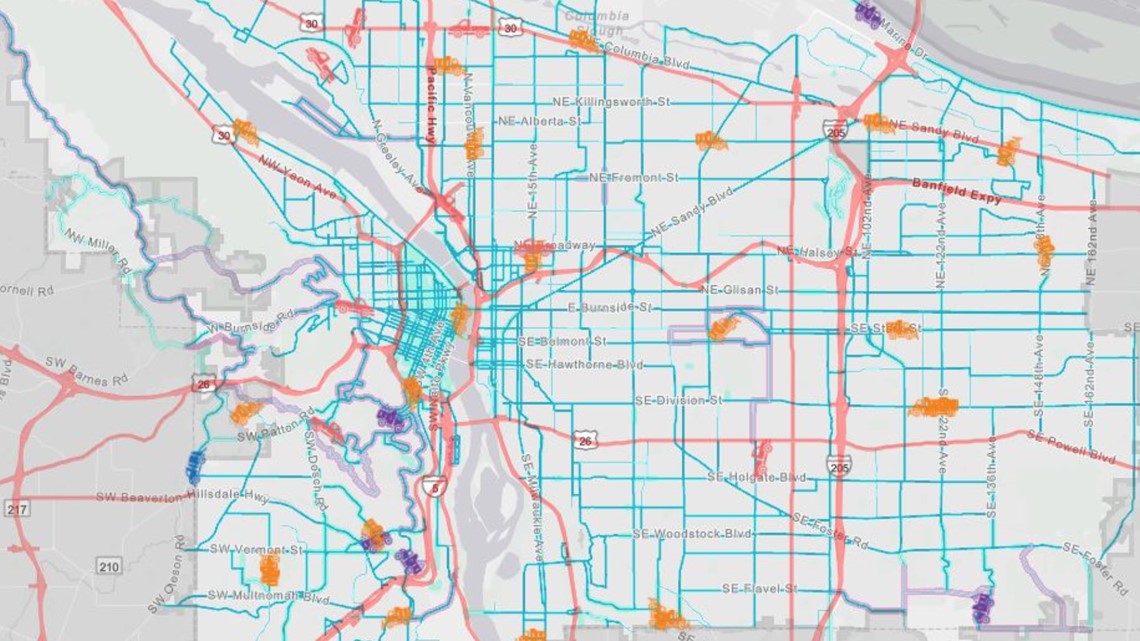 Keep an eye on when the snow plows and salt trucks are coming into your neighborhood.

PORTLAND, Ore. – Portland sent dozens of snow plows, salt trucks and escort vehicles to deal with the thick layer of ice and snow that began to fall over Portland on Thursday.

If you’re wondering when these trucks will be arriving in your neighborhood, the Portland Bureau of Transportation (PBOT) created a map that shows where each one is in real time.

PBOT had 57 plows on the streets overnight and through Saturday morning, according to spokesman John Brady.

Dozens of these vehicles were still on the road on Saturday afternoon. Check where you are right now::

Overall, here’s a look at how much gear Brady says PBOT will need to tackle the winter weather:

He said PBOT has also made arrangements with the Portland Water Bureau, private plow companies, and other regional agencies, including the Seattle Department of Transportation, to help with major storms.

Brady noted that these are general fleet numbers.

“The exact number of vehicles on the road will vary from shift to shift, depending on operational needs and whether a plow or other vehicles require servicing,” he said. “That means it’s the best snapshot of what we’ll ever have on the street.”

The Get Home Safe Winter Weather Center PBOT also includes an updated blocked road list, as well as an elevation map and a view of weather cameras in the area.