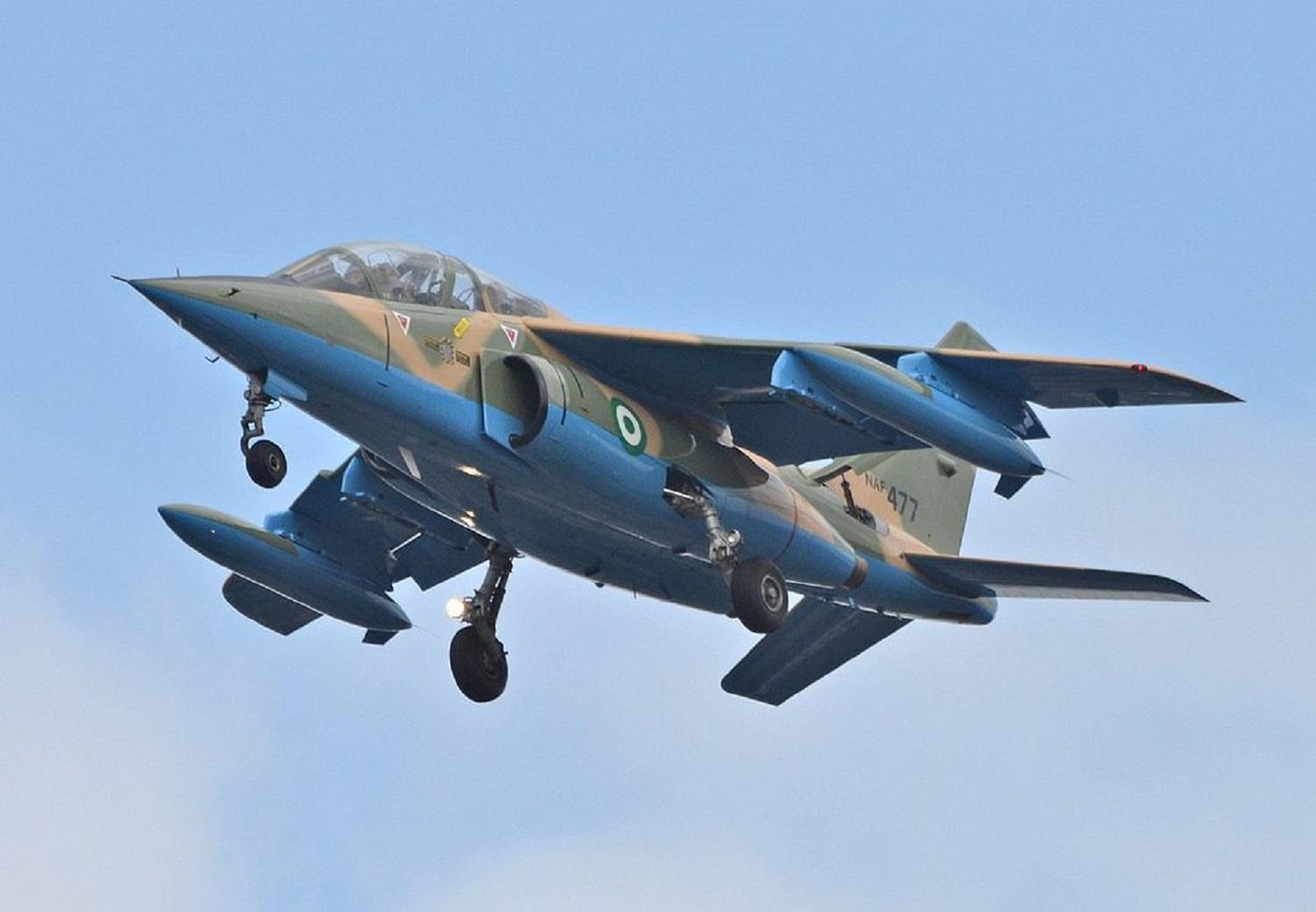 Numerous Boko Haram ISWAP terrorists were eliminated in air strikes by the Air Component, while their gun cars were destroyed in a well-coordinated joint operation with the ground forces in Gubio, Borno state.

The insurgents were killed on Monday after encountering the military jet that was supposed to provide close support to the ground forces in Gubio.

Sources said Gubio’s ground forces first faced the invading terrorists when the NAF jet was ordered to advance to the Gubio Axis on another mission.

“The NAF Alpha Jet was firing missiles at their convoy when it saw the Boko Haram ISWAP fighters flee towards Damasak in four-gun trucks and then immobilized the occupants.

“After the air strikes, some terrorists who tried to escape on foot were neutralized by ground forces.

“Aside from the wrecked arms trucks, items recovered by the terrorists included refined weapons, ammunition, fragmentation jackets, canisters, bags of Indian hemp, pills for sexual enhancement and an exercise book with Arabic texts on bomb making,” the source said.

Following reports of terrorist movements within Sambisa of Parisu through Njimiya axes, another rapidly disrupted military attack jet intercepted the Boko Haram ISWAP elements in one location and neutralized them in multiple air strikes.

When contacted regarding the development, NAF spokesman, Air Commodore Edward Gabkwet, confirmed that the mission was a success.

“While I cannot provide details on Monday’s operations, the Air Force successfully destroyed its gun vehicles while ground forces were seen pursuing the remains of the terrorists.”

The theater commander, General Christopher Musa, has commended the troops for the bravery in the joint air and ground operation and told them to remain determined to ensure the complete annihilation of ISWAP-Boko Haram in their hiding places and enclaves.