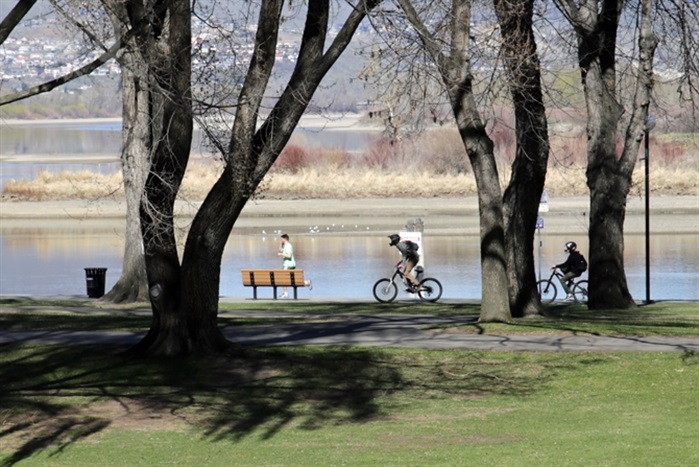 A pilot project to welcome business to Kamloops Riverside Park raised some eyebrows in the council yesterday but received broad support.

The plan was brought to the council by Tourism Kamloops yesterday, May 18, to prop up a troubled tourism industry that has been constrained by public health regulations over the past year.

After the city council has voted in favor of the plan, sports rentals and other food trucks will be brought into the park in the “jewel of the city”.

The specific stores to be stationed in Riverside Park have not yet been decided, but ideas like e-bike kayaking and pickleball gear rentals have been circulated.

However, the debate on the plan was not about which companies should be allowed in the park, but rather whether the park should be considered “active” or “passive”.

“To be clear, it’s not a passive park now. There is music in the park, a spray park and slacklining. Despite all of these activities, I can always find a quiet place to recreate a book or read, ”said Councilor Kathy Sinclair.

Dieter Dudy said much of the opposition to more active use of Riverside Park is focused on concerns that the additional activity will “ruin the grass.”

“I think it’s no secret at all that I am very supportive of seeing something that enriches the park,” he said. “Companies will be screened accordingly and will be suitable for this type of environment.”

He also cited the Stanley Park concession booths and similar rentals, as well as a concession in Kelowna’s Gyro Park.

Mike O’Reilly said the park looked “tired” on his last visit and would like to see this project add more activity to the park.

There was support from most city councils for the pilot project. City councilors Arjun Singh and Denis Walsh spoke out against the plan.

“I have a lot of concerns about seeing the community spread across Riverside Park,” said Singh.

He was not against doing business in the park, but felt that those interested in the park as a “passive” location were not being consulted.

“Personally, I don’t have an oar in the water, but I think it’s problematic,” he said.

According to Walsh, the plan is “opportunistic” and he felt “blind” by the proposal.

He saw it as a plan that went against the downtown Kamloops plan previously approved by the council.

Despite their opposition, seven of the nine voting members were in favor.

The shops are said to be in and around the old concession building, which will be used for improvements to the park by the end of the year.

After the pilot, Tourism Kamloops will consult with park visitors and businesses to assess the success of the project before submitting it to the council for future approval.

The council also voted in favor of a motion aimed at reducing costs for fitness trainers who want to run classes in Kamloops parks, a similar model that has already been used in Kelowna.

To contact a reporter for this story, email Levi Landry or call 250-819-3723 or email the editor. You can also send photos, videos or news tips to the newsroom and enter to win a monthly raffle.

We appreciate your comments and opinions on our stories, but play nice. We will not censor or delete comments unless they contain unrelated statements or links, unnecessary vulgarity, false facts, spam or obviously fake profiles. If you have any concerns about the comments, please email the editor using the link above.