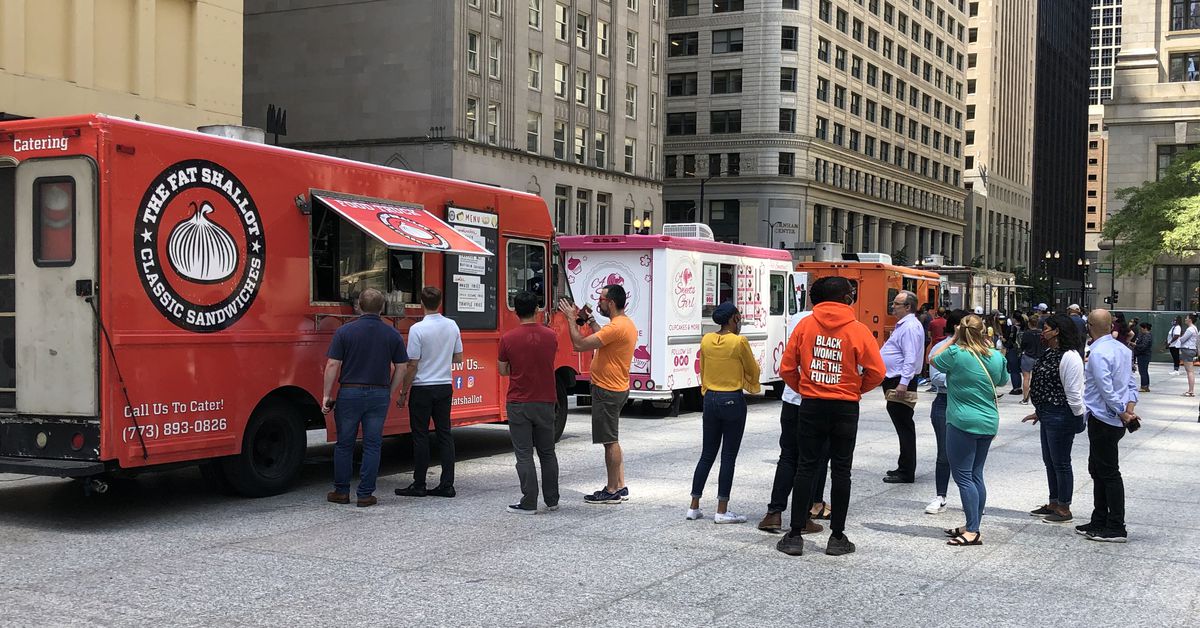 On her first visit to Chicago, Joanna Rakoff got lost on her way to the Chicago Art Institute and ended up at Daley Plaza on Friday.

There she found a crowd waiting to have lunch from one of the four food trucks.

It was the return of the weekly Food Truck Festival that had been on hold for a year due to the pandemic. The trucks will be back every Friday from 11 a.m. to 3 p.m. until October 15th.

Rakoff, a writer, loves food trucks, from taco trucks in LA to those in Cambridge, NY, where she now lives. So instead of rushing to the Art Institute, she stopped to see what Chicago’s trucks had to offer.

On Friday the program featured A Sweet Girl, Chicago Lunchbox, The Fat Shallot and Lawrence’s Fish and Shrimp.

Rakoff, who has celiac disease, said it was hard to find good gluten-free desserts. So she was happily surprised that A Sweet Girl was offering it and bought a pink vanilla cupcake – “the best gluten-free cupcake I’ve ever had,” said Rakoff (her latest book, My Salinger Year, is now a movie) .

“I haven’t been in a food truck since before the pandemic,” said Rakoff. “So I ended up here and said, ‘Oh, I’m going to have a cupcake for lunch today.'”

Rakoff wasn’t the only person enjoying A Sweet Girl; at 3 p.m. the truck was almost sold out.

“Today went great,” said Anna Wu, owner and operator of A Sweet Girl. “I really appreciate that everyone is coming to support us.” 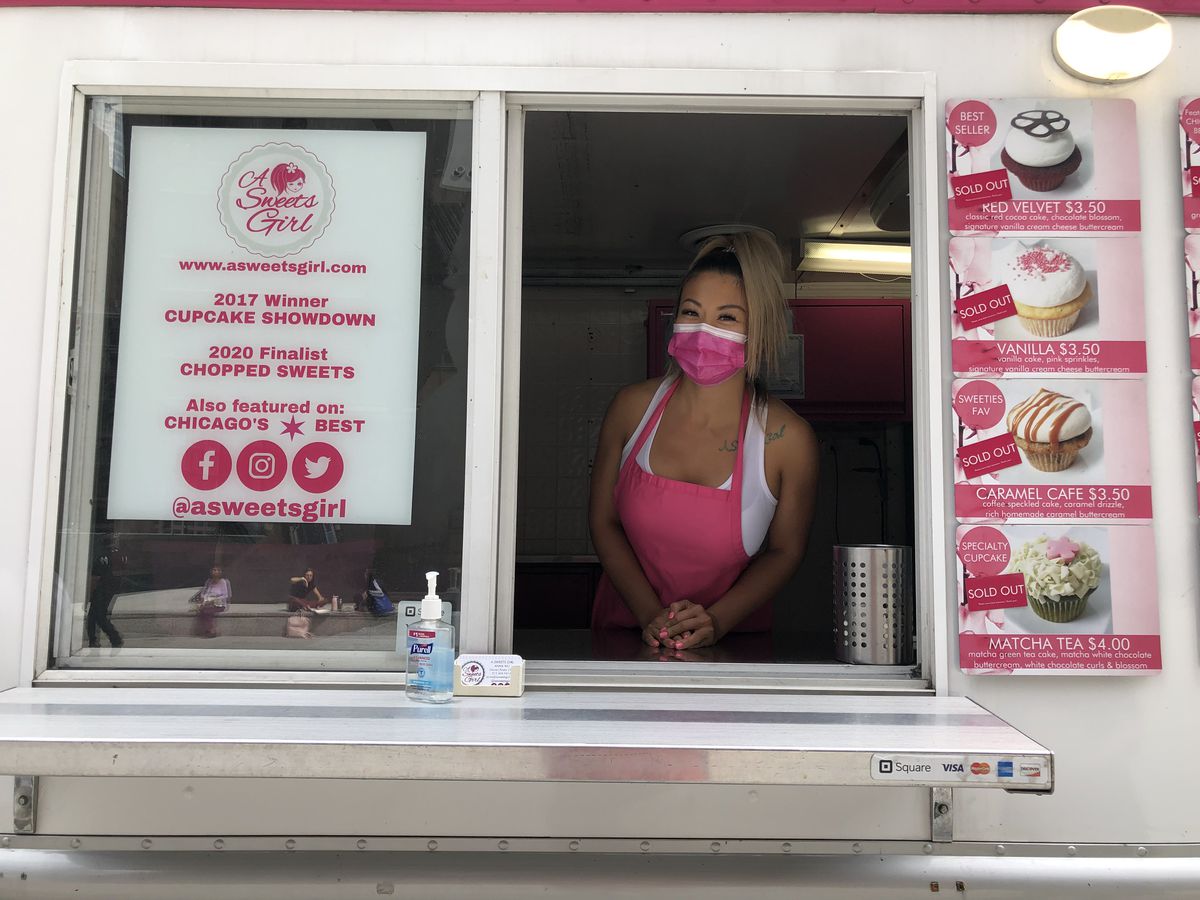 Like the other trucks there, A Sweet Girl had been in Daley Plaza before the pandemic, she said.

Back then it could be 10 or more trucks, says Isaac Gomez, who manages the Fat Shallot Truck.

Like Wu, Gomez was having a good day and moving a lot of sandwiches; their BLT was the best seller. 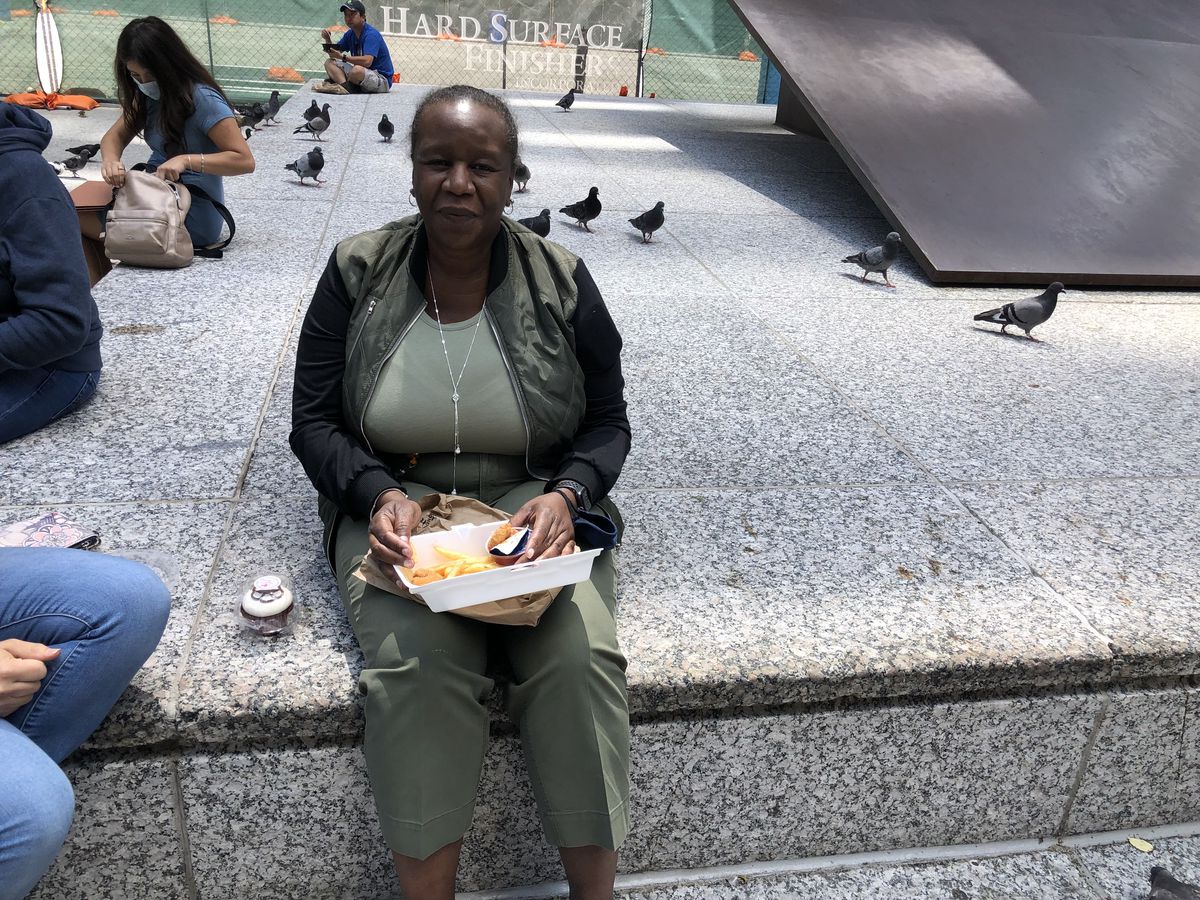 Alvalyn Neal-Gardner had heard some time ago that the food trucks were returning. She works nearby so she came every week to see if they were there.

Her commitment was rewarded on Friday when she got the chance to try the deep-fried prawns from Lawrence’s Fish and Shrimp. It was delicious, she said.

There is one downside to eating in the plaza, however: the flocks of pigeons waiting for handouts, she said.

“I like the variety of food here,” said Neal-Gardner. “The birds, not so much.” 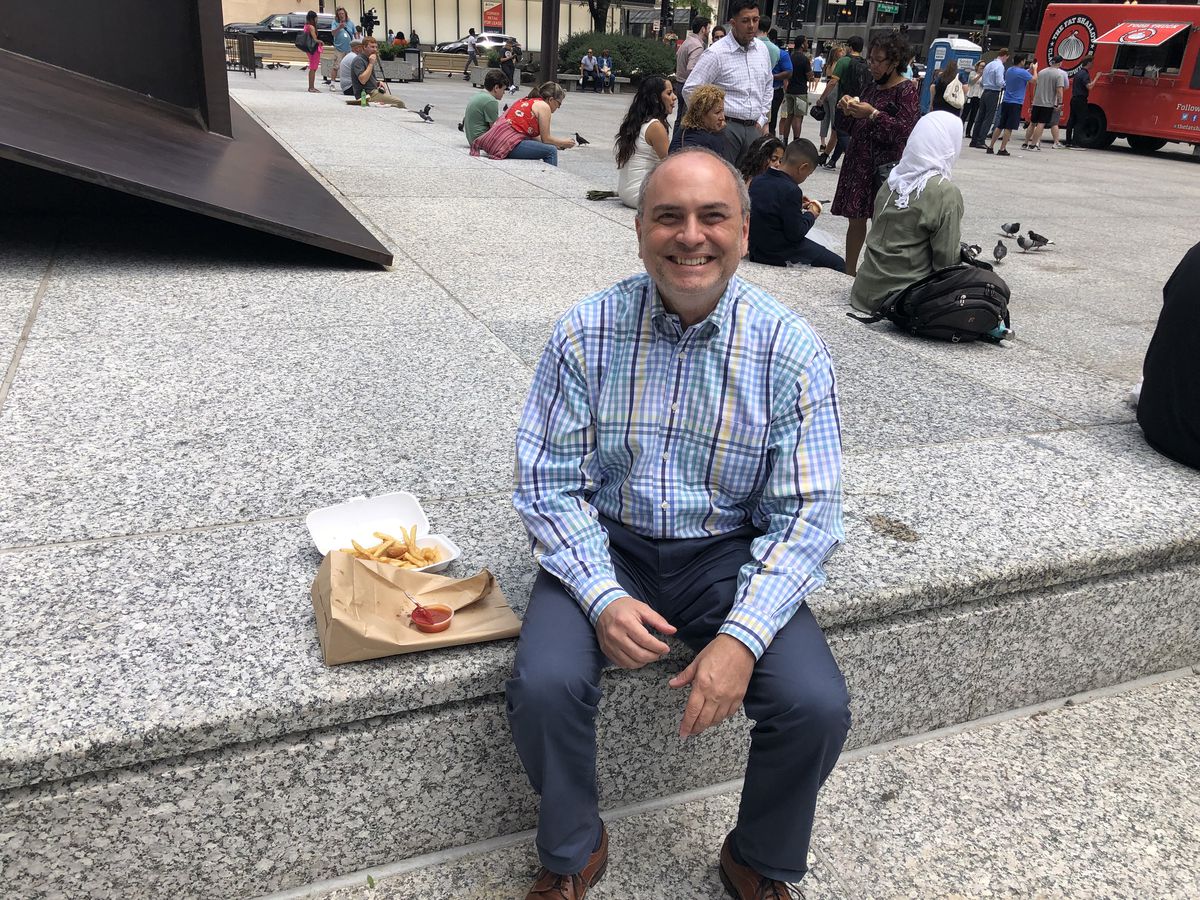 Jeff Singer, who also works in the area, hadn’t heard of the trucks. Hence, he was pleasantly surprised to see her when he went on his lunch break, especially since many of his favorite spots were closed during the pandemic.

Like Neal-Gardner, Singer had the shrimp. It was great – but most of all, he said, it’s great to have the food trucks again.

“The farmers market is back, the food trucks are back. It’s like life is going back to normal, ”he said. “I love it.”