Konecranes has launched its sixth generation of mobile harbor cranes 15 years after introducing the fifth generation.

The latest ESP series (Electric, Smart, Powerful) initially comprises six models with load capacities of up to 200 tons and radii of up to 64 meters. They will be available in two or four rope grab variants with a grab load of up to 63 tons. Like the previous generations, they will also be available as pontoon, mobile rubber tires or portal rail mounts.

Konecranes has launched its sixth generation of mobile harbor cranes

Power options include the onboard power grid or generator, while for the first time a large battery pack can also be used to move between quays. Hybrid versions remain an option. 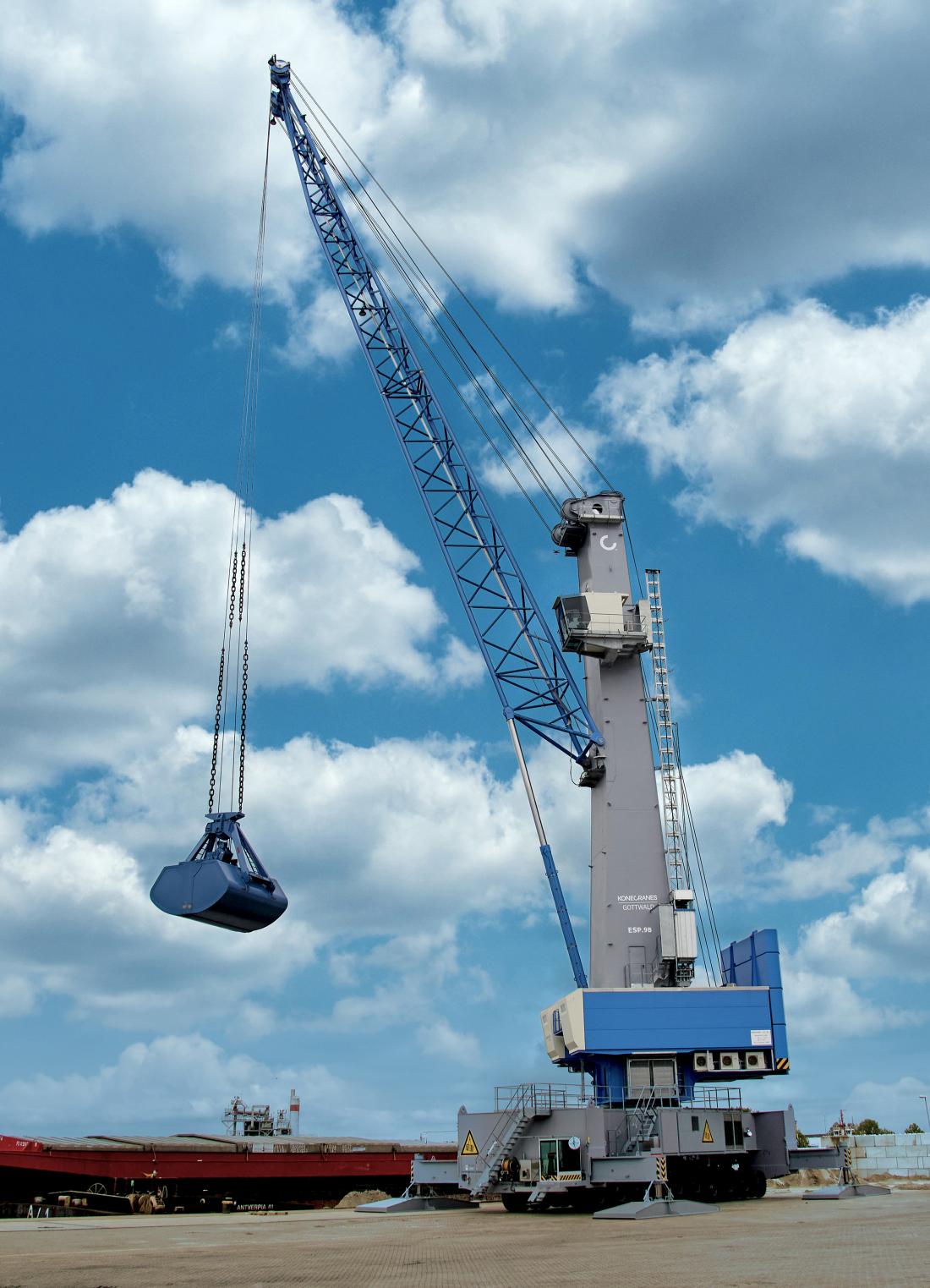 The new ESP.9B (bulk) is the largest model in the series

The cranes incorporate new technology, including the company’s Visumatic crane management and Truconnect telematics systems, to provide terminal operators with performance data as well as maintenance and service information. 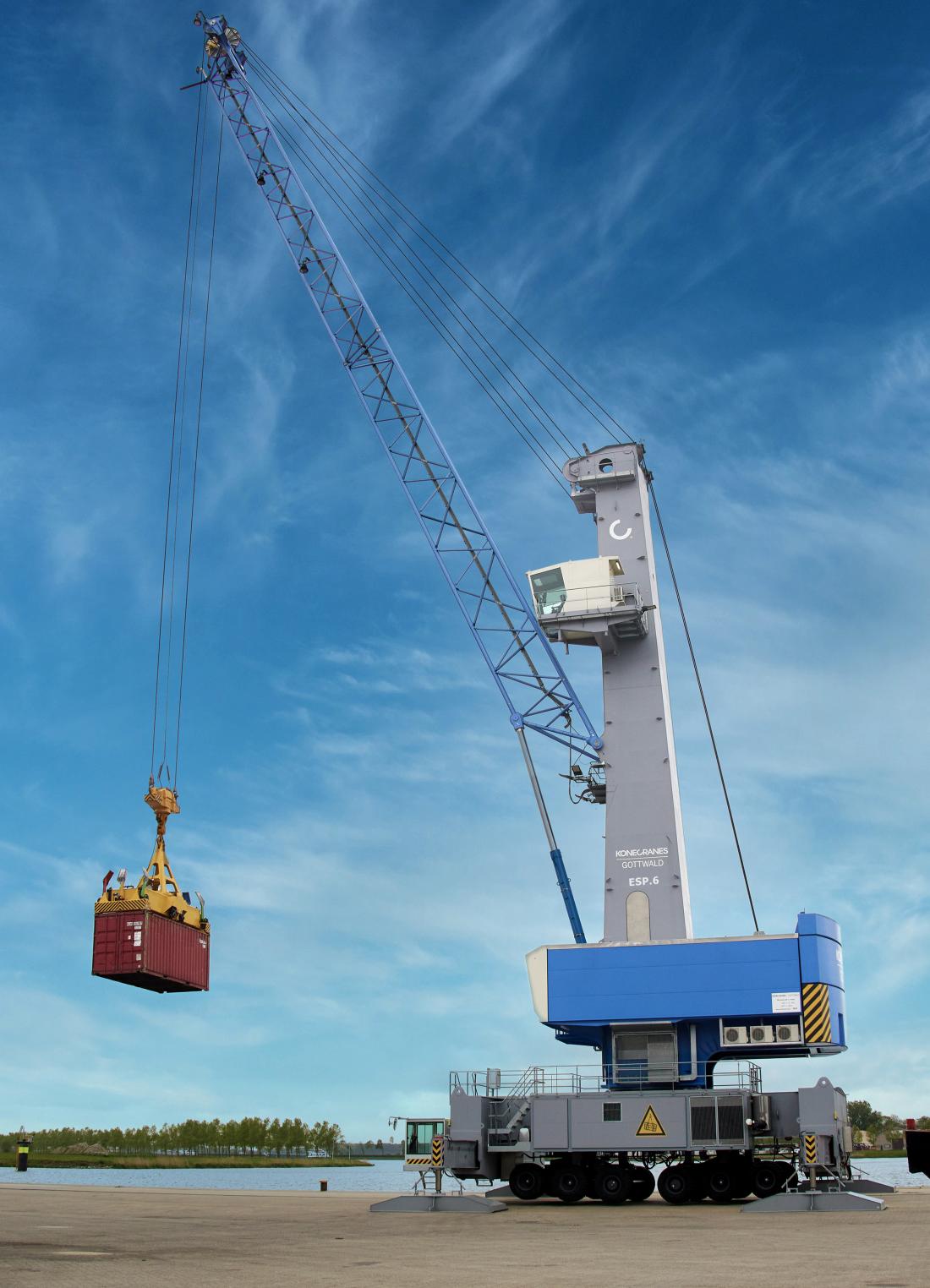 The ESP.6 is the smallest model in the series

Finally, the range uses stronger steels and finishes that the company claims will not only double lifespan in container operations, but also offer up to 30 percent improved four-rope grapple capacities and up to 18 percent higher working speeds. The new cranes also have a completely new cab.

Heribert Barlage, Senior Vice President Mobile Harbor Cranes, says: “Generation 6 combines the pioneering spirit with the innovative strength of the technology leader Konecranes. Our mobile harbor cranes have always stood for performance and dynamism, and they have always been electric. We have once again improved these features for Generation 6 and at the same time equipped them with a high level of intelligence: The result is an overall package with which we make our customers ideally equipped for today’s requirements and at the same time provide them with the code for the challenges of tomorrow: Electric, Smart , Powerful. ”

Crane Maintenance May 3, 2021
© Copyright 2021 - All Rights Reserved By Thedailyconstructionnews.com