The HK 4.070-1 is mounted on a standard Volvo chassis and has a five-part 41-meter main boom and a nine-meter-long swivel extension. Equipped with a 10.1 ton counterweight, it can take 55.6 tons in a radius of three meters and 19.2 tons in a radius of eight meters. The booms are regular beams and jacks, while the extension is variable and asymmetrical, with automatic monitoring and load chart selection. It has a total length of 11.8 meters, a total width of 2.55 meters and is less than four meters high. The front and fourth axles steer, while the second and third axles are mounted closer together in the center of the chassis. The company claims that not only does it offer the best turning radius in its class, but that its turning radius is up to two meters smaller than its predecessor, the HK 70.

Managing Director Nils Prüfert said: “The ease of use and the enormous versatility made the HK 4.070-1 a natural choice for us. The places we work in are often very narrow and steep. And not just on the construction site itself, but also on the way there. That is why we need manoeuvrable cranes that can move easily even in confined spaces – that is exactly what the Tadano HK 4.070-1 is. “ 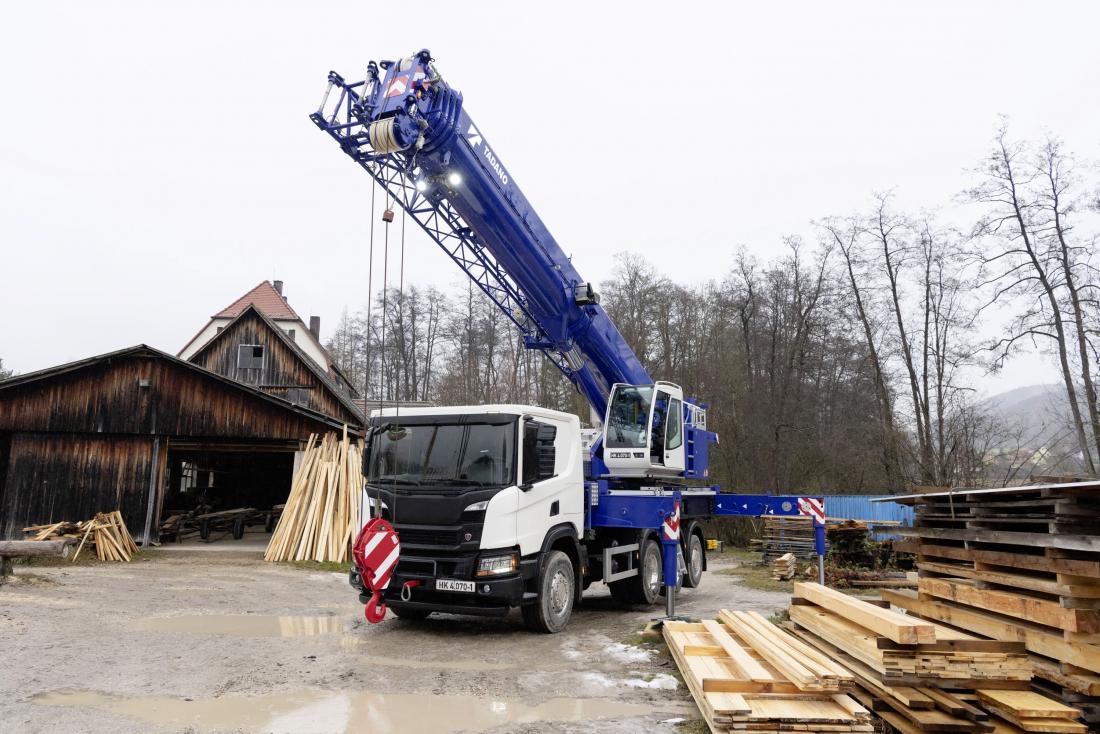 Castell Autokran was founded in 1952 and operates a fleet of 30 to 250 tons of cranes from its location in Koblenz, West Germany. It also has a fleet of telehandlers, forklifts, loader cranes, and haulage vehicles.