Gerhard Frainer, Sales Director at Liebherr-Werk Nenzing: “The year 2020 in particular has shown that you have to be open-minded and courageous to break new ground. With our unplugged cranes, we offer our customers an alternative drive concept. As we have already seen with the LB 16 unplugged, the first battery-operated drilling rig, the strategy is a complete success. Strict requirements for environmental compatibility in tenders for construction projects increase the demand for advanced technologies. It was clear to us that we would expand the design in other product groups and establish it successfully. “

Liebherr has calculated that the new electric crane will consume 70,000 liters of diesel over an operating time of 10,000 hours and will reduce carbon dioxide emissions by 180 tons. The company announced that the lithium-ion battery is 95% recyclable.

The new cranes were developed in-house by the Liebherr factory in Nenzing (LWN) in Austria with the support of external engineering specialists. They are fully tested and ready for series production. This crane size was chosen because it is a popular load capacity class, especially in urban use, where the advantages of electric cranes are particularly evident.

Orders have been received for the new models and the first unit of the 250-tonne model delivered went to crane rental specialist Kynningsrud in Norway. The first unplugged unit for Great Britain goes to Select Plant, the construction machinery division of Laing O’Rourke. It will also be the 250 ton capacity model and will be delivered in March 2021. It will expand the fleet and support the pipeline of major infrastructure works in the UK, the company said. 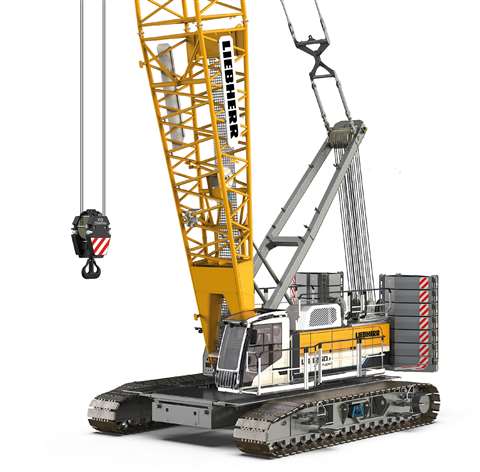 In terms of design, the new cranes are based on the existing diesel versions, as LWN explained. “Our main goal was not to develop a new crane, but to be able to offer the extremely successful diesel version as an electric version. If the customer decides in favor of the electric version, he buys a crane with all the previous advantages plus the extended zero-emissions advantage. “

The new machines use 255 kW electric motors as part of a 700-volt direct current on-board network instead of a diesel engine to drive the hydraulic pumps to drive the crane mechanisms and caterpillar drives. A lithium-ion battery is located in the space otherwise occupied by the diesel engine. The batteries are included in the purchase price and are not rented separately, as is the case with some electric cars.

So-called range anxiety, also known from the context of electric cars, is not an issue, explains LWN: “In grid operation, full power is available all day. When unplugged, the crane can be operated for four hours. If required, the unplugged performance can be increased by up to 33% with the help of a larger battery. “

Depending on the available site power, the charging time from discharging to full charging is as follows: with a 32 A supply: 9 hours; with 63 amps supply: 4.5 hours. A 125 A charger is available as an option and only takes 2 hours and 15 minutes.

The same goes for the lifting speed, the slewing speed and the performance of other mechanisms. Liebherr said the overall performance was almost identical. “The direct response of the on-board network gives the driver the impression that the movements are sometimes faster, which is true. Sometimes we even had to reduce the speeds. Drivers perceive the direct response behavior as an operating advantage, ”said a spokesman for Liebherr-Wek Nenzing.

As for the price, it’s more expensive to buy than a diesel version, but Liebherr said they have worked hard to keep that surcharge to a minimum. In addition to the careful observation of developments in this area, ICST is looking forward to a broader application of electric drive technology in the form of new electric mobile telescopic cranes, telescopic boom crawlers, all-terrain cranes and truck-mounted cranes. More information on these new cranes will be published in the next issue of International Cranes and Specialized Transport magazine and soon in our online feature at www.khl.com. 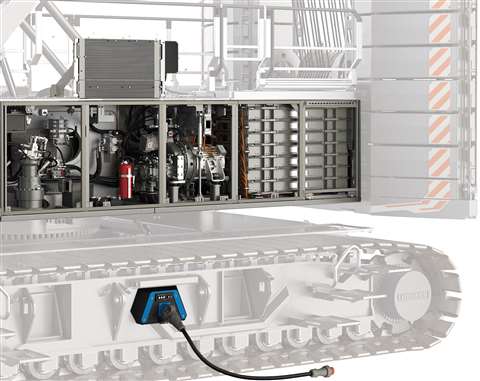 Overhead Cranes Market Measurement to surge at 2.4% CAGR and Hit...

The Loader Crane Market to witness geometric development within the subsequent...

Man taken into custody after climbing 20 tales up development crane...