While lifting a large conveyor bridge in a disused steelworks in Charleroi, Belgium, the boom of a 400-ton crawler crane suddenly crashed on Sunday.

The crane, a Liebherr LR-1400/2 from crane rental company J. Boutique, hoisted the old construction that was originally used to transport material across the Sambre canal / river to the system on the other side.

The contractor, Groupe Wanty, has suspected that the incident was caused by a defective luffing rope, which caused the boom to sink. The conveyor belt stopped on the bank of the canal with no height for the commercial barges crossing the river. It looks like a floating crane is being hauled in to remove it.

it appears that the incident was caused by a cable fault

Fortunately, no one was injured in the incident, largely due to the fact that the detailed elevator plan was followed to the letter. This included strict security measures to ensure no one entered the elevator zone and blocking the canal while the elevator was in motion. 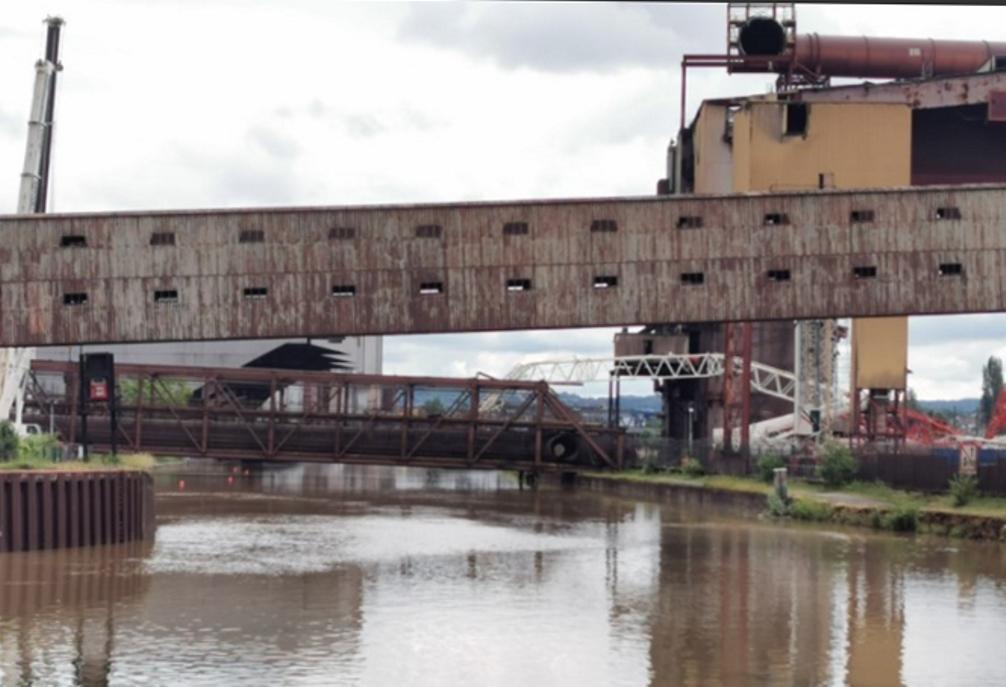 the conveyor belt is now blocking traffic across the river

The plant was in operation for over 100 years, but was mothballed sometime after the turn of the millennium. In 2007/2008 the blast furnaces were put back into operation, but closed shortly afterwards due to a slump in the market. Last year, given the lack of recreational and development land in the area, the city approved plans to remove the old steel mills and restore the land, which spans around 270 hectares. The conveyor is one of six that cross each other, some are gas or water pipes, others carry coke or slag and other waste.

The following video news report sheds light on the incident with good footage of the scene.

Blinds are closed, however Crane Belief members can witness the majesty...