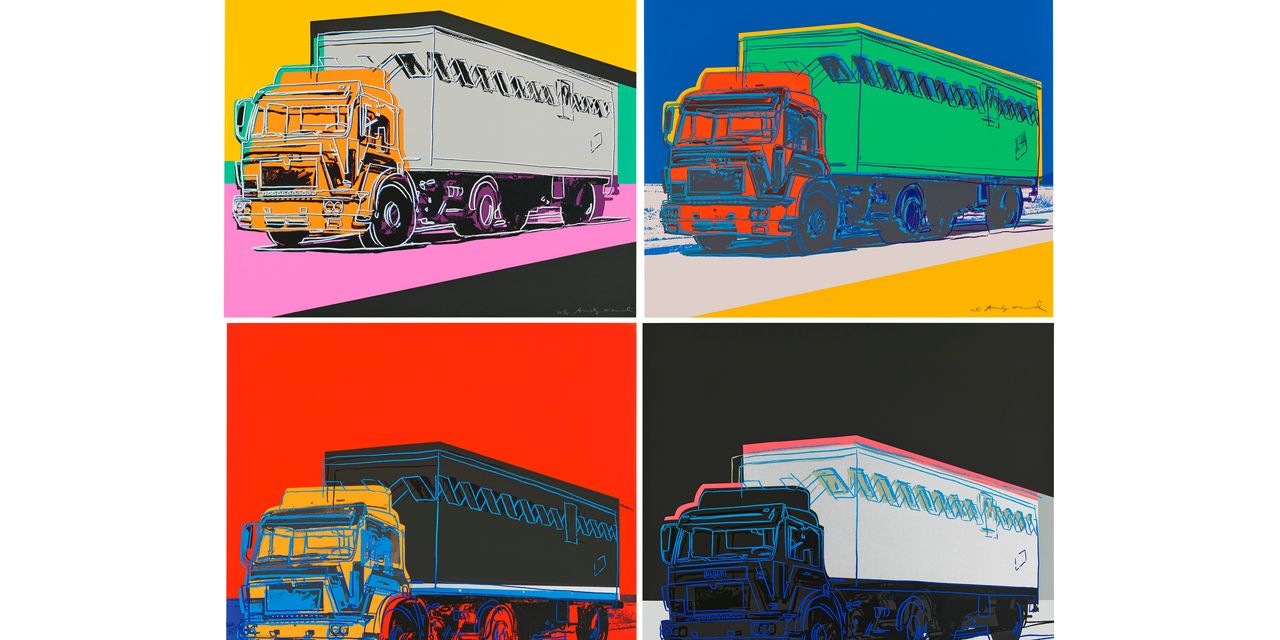 A set of four screen prints from Andy Warhol’s “Trucks Series” is offered online at Christie’s with a pre-sale estimate of more than 50,000.

The set of cargo trucks by the American pop artist offered from the archive of the German Freight Transport Association includes four prints in different color combinations with backgrounds in yellow, blue, red and black.

Warhol (1928-87), famous for his depictions of everyday objects and pictures such as soup cans, detergent cans and advertising posters, was commissioned by the association in 1985 to produce a truck series for the 20th World Congress of the International Road Transport Union in Frankfurt in 1986.

Screen printing is done with ink pressed onto a surface through a mesh screen or blocking stencil, a technique commonly used in advertising.

Warhol’s truck series were printed in an edition of 60 copies of each background, a small number of proofs (first prints of each edition) and 15 hors-commerce prints, which Christie’s said to the co-editor, the German art dealer Hermann Wünsche, Christie’s.

Wish was one of the first gallery owners to bring Warhol’s work to Germany. In 1976 he arranged for Warhol to portray Willy Brandt, Germany’s first social democratic Federal Chancellor after the war.

The set will be on public display at Christie’s headquarters in London and can be bid online from September 17th to 28th.

Christie’s online auction of prints and multiples will also feature the rare complete set of Pablo Picasso’s Dix Pochoirs, Edvard Munch’s On the Bridge, and a selection of Henri Matisse prints from the estate of Jacquelyn Miller Matisse.

Additionally, the online auction includes several other American Pop Art screen prints from the second half of the 20th century, including Robert Indiana’s Book of Love and Roy Lichtenstein’s Red Lamp.