The aim of the project is to supply six million households, 25,000 jobs and up to 1,000 apprenticeships with low-carbon electricity. With the implementation of two EPR reactors, the project will deliver nine million tonnes of carbon dioxide annually – an initiative in the right direction for the UK’s plan to reduce carbon dioxide emissions.

With the help of AMCS Technologies (AMCS) 52 tower cranes could be safely used on the construction site. AMCS was able to provide zoning and collision avoidance systems for lifting machinery to the 52 tower cranes at Hinkley Point C.AMCS technologies

To complete these housing components, the tower cranes will use horizontal and luffing jibs to complete two building structures that will house the nuclear reactor.

The 52 tower cranes are all equipped with the DCS 61-S system. The software is the latest anti-collision and zone system from AMCS. These systems have been running for three years and continue to ensure the productivity and safety of the machines and the 3,500 workers every day.

The system works by preventing the tower cranes from colliding in the fault zones around the construction site. Collisions can involve the booms and cables of tower cranes and cause accidents throughout the project cycle. However, such a system detects accidents before they happen. 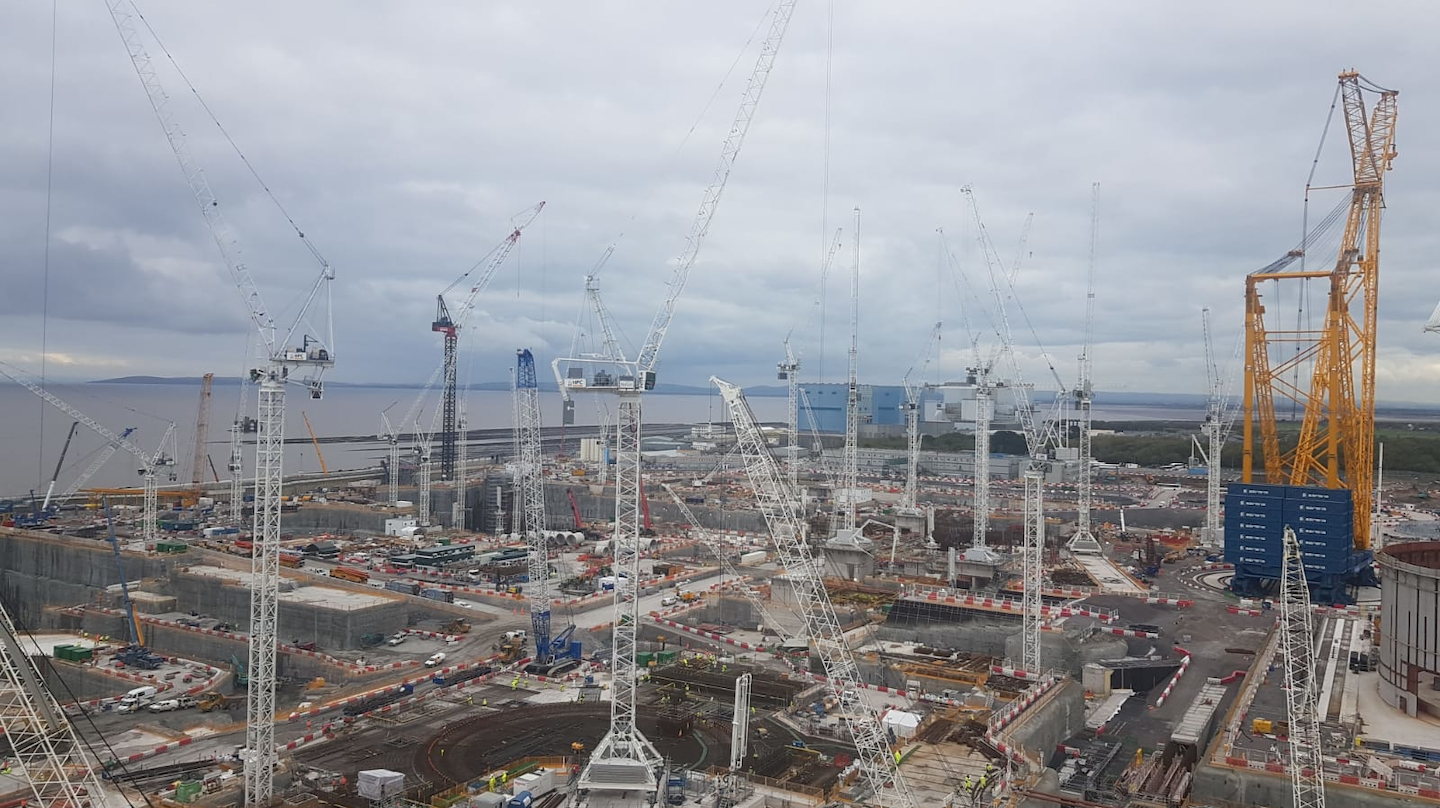 With this system in place, the 52 tower cranes were able to work in the same area without any disruption, ensuring safety and productivity during each construction phase of the project.

Information provided by AMCS Technologies and edited by Chantal Zimmermann.

Combating hearth with an Air Crane