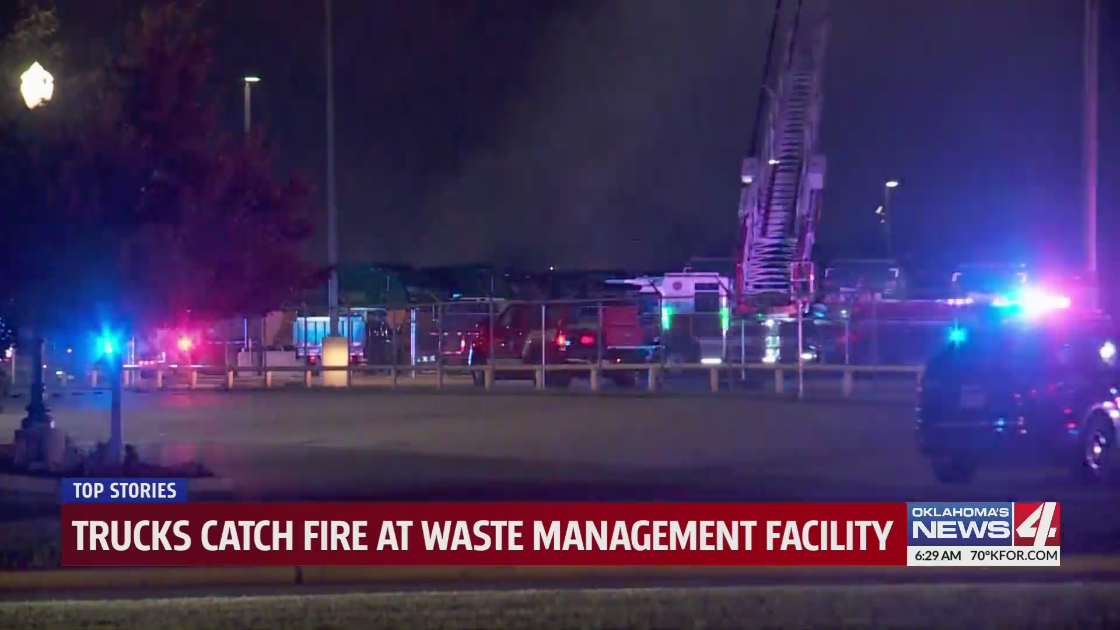 OKLAHOMA CITY (KFOR) – Several trucks were damaged overnight in a fire at a waste disposal facility in Oklahoma City.

At around 3:30 a.m. Monday, Oklahoma City firefighters were called to the waste disposal facility near Reno and Portland Ave.

When the fire brigade arrived, they found five burning trucks.

When they got the fire under control, officials said that eleven trucks had been damaged.

What caused the fire is not yet known.

‘I might’ve misplaced my husband’: Spouse’s tears after crane crash

‘Took all doable security measures… if the crane missed the steadiness,...

Up to date: Dramatic photos present a crane on fireplace on...